Ride along on four romantic adventures as teams of lawmen and unassuming women work together to find outlaws and right wrongs. From Missouri and Texas west to Colorado and California, the Old West is just the place for four ladies to test their courage and strengthen their faith—all while finding a lawman to love.

Mistaken Marshall by Crystal Barnes
Texas, 1875
First day on the job, Marshal Beau Bones accidentally interrupts a robbery and arrests an outlaw who is disguised as a man. Just as Jo Ross is hiding the God-fearing girl her parents raised, Beau is hiding that he can’t shoot and doesn’t deserve the town’s respect. Is there any way for Beau to free Jo without losing the faith the town has placed in him?

On Track for Love by Vickie McDonough
Missouri, 1875
A new job and a move to a new state put Railroad Agent Landry Lomax on track to meet Cara Dixon—a spirited woman holding a derringer on a train robber. This stubborn woman is not one he wants around his young sister, but then they end up in the same St. Louis boardinghouse. But could Cara’s gumption help him trap a gang of train robbers?

Lady and the Tramps by Jennifer Uhlarik
California, 1874
When the train is robbed and the outlaws steal the deed to Mattie Welling’s brother’s land, she is determined to retrieve the deed so she can provide a future for eight orphans. As Wells Fargo Detective Jake Hickens questions the witnesses to the train robbery in which the Wells Fargo payroll shipment was stolen, he notices a curious young woman hanging around. Will she trust him to help her or strike out on her own?

Finding Eloise by Kathleen Y’Barbo
Colorado, 1889
While posing as her niece’s mother, Eloise Broderick travels to Colorado to find her brother with the help of Zeke Potter, a man renowned for tracking skills. But when Zeke realizes the man Eloise seeks is the same man he blames for his family’s death, will he use Eloise to get vengeance?

Other Books in "Novella Collections"

Heart of a Cowboy

The Spinster Brides of Cactus Corner 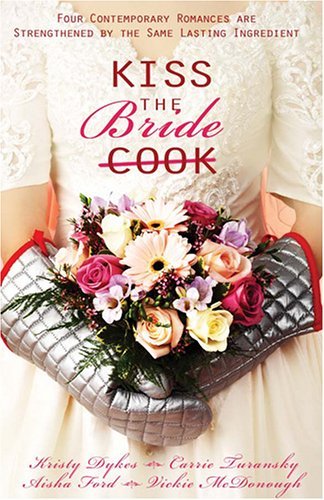 The Brides of the Emerald Isle

A Stitch in Time

The Mail-Order Standoff
Look Inside
Disclosure of Material Connection: Some of the links in the page above are "affiliate links." This means if you click on the link and purchase the item, I will receive an affiliate commission. I am disclosing this in accordance with the Federal Trade Commission's 16 CFR, Part 255: "Guides Concerning the Use of Endorsements and Testimonials in Advertising."

Click the wanted poster to keep up on my latest news

Christmas Next Door: 4 Stories of Love Found Close to Home